We are proud to announce MADMAN ENTERTAINMENT is a Sponsor of Battle Arena Melbourne 6!
http://www.madman.com.au/

Simply come along to Battle Arena Melbourne on the Sunday 11th of May! The cosplay parade will begin at 2:30pm, which will be streamed live to thousands of viewers around the world. Your costume will be judged by a panel of cosplay judges with many years of experience between them, and the winner will be announced then and there!

Prizes will be awarded to First Place, Runner Up and Audience Favourite.

Please arrive at least 30 minutes beforehand. There are bathrooms at the venue that can be used as change rooms.

The fourth episode filmed at the Queensland major Buttonsmash is a double special featuring Adric “Falco” Middleton from South Australia and Sam “The Ham” Baxter from Queensland. Both of them are young and relatively new to the scene, but are widely considered to be two of the best players in Australia.

Falco is known for his amazing Zangief in Street Fighter IV and for winning tournaments without even owning the game on console! He has taken his multi-game ability to another level by winning the KOFXIII tournament at Buttonsmash, breaking Colonov’s long and uninterrupted streak of Australian KOF titles.

Sam Baxter is only 19 years old, and is already an international-class Ultimate Marvel vs. Capcom 3 player, claiming fourth place at SEAM2013 in Singapore as well as multiple top 3 placings in Australia. In this episode the duo go on to talk about their love for fighting games, community and competition, their local scenes and how new and hungry players can get on their level. Hope you guys enjoy this episode!

1 – Join in a weekend full of fun and competition with a welcoming, passionate, energetic community.

Not just for tournament players, new players and spectators will find plenty to enjoy. Fighting game majors are a huge social occasion alongside increasing your skills or witnessing  some great moments. #BAM6 is a 3 Day event with Friday night exhibitions and interstate rivalry matches. Spectator passes only $5 one day or $10 weekend.

CouchWarriors is proud to announce the BAM6 Qualifier results!

Our fellow interstate players have finished fighting for seeding points, and we at CouchWarriors Salute you!

Read on for the results:

END_OF_DOCUMENT_TOKEN_TO_BE_REPLACED

The CouchWarriors team is proud to announce that BATTLE ARENA MELBOURNE 6 has officially been added as a Ranking Event on the CAPCOM PRO TOUR.

Participants in our Super Street Fighter 4 AE tournament will accrue ranking points that will lead to Capcom Cup at the end of the year.  BAM6 is also an Official Qualifier for the Capcom Pro Tour Premier Tournament, South East Asia Majors, and we will be flying the SF4 winner direct to Singapore.  If you want to join the action at BAM6, Register here!

I’m pleased to announce a special edition of CCH on the 12th of May, BAM6 Monday. We’ll be at the Richmond library from noon till late, and entrance is free to all BAM6 entrants!

I encourage everyone to come for a day of casuals and fun, just hang out after BAM6 with our interstate guests and we could even do some MMs or exhibition matches if you guys want. There’s a lot of nice food in the area so we could all go out for a big post-BAM meal together too. There’s parking behind the library, so since it’s a Monday if you guys get in early it should be fine.

Hope to see you guys there!

END_OF_DOCUMENT_TOKEN_TO_BE_REPLACED 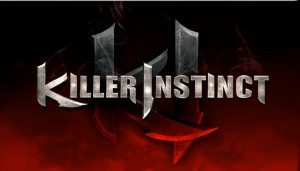 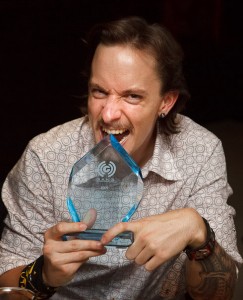 END_OF_DOCUMENT_TOKEN_TO_BE_REPLACED

THE NEW CHALLENGERS: A BAM6 FREE Tournament for new players

Play, Learn, Have Fun!  And – Win an Arcade Stick with Custom Artwork!

That’s right, for new players only – we have a special tournament for people to get started in tournament play, just for fun, against fellow new players of a similar level.  This Street Fighter 4 tournament is FREE to enter!

At CouchWarriors one of our big aims in running events is to encourage the fighting game scene to grow, and we want to be as welcoming to new players as possible.

Battle Arena Melbourne is our big annual event, and we want new players, friends of regulars, or spectators, to have the opportunity to get involved in a special tournament just for NEW CHALLENGERS.  In fact, this will be the theme of #BAM6!

We hope players have fun, feel encouraged to play and practice, and come back to compete in events both big and small!

The  Rules: Entry is FREE – but you must be a NEW player.  That means, you have either never entered a major tournament OR, never won a game in a major tournament before.  Entry at discretion of the organisers. An entry cap may be observed.

The Prize: A Razer Atrox Xbox 360 with Special customised art plate (Special art to be revealed)

The task for existing players: Be welcoming! Encourage your friends, or that online sparring partner who has never come down before, to join up and have a good time.