New Game Plus will be producing the live video stream for BAM, creating video previews, interviews, player profiles and coverage of the event.

PAX Australia are supporting BAM with additional consoles and a prize of PAX Aus passes for each of the feature game winners.  Look for CouchWarriors fighting game tournaments at PAX Aus 2015!

OzComicCon Melbourne is supporting the BAM Cosplay Competition with four tickets to Melbourne OzComicCon on June 27-28.  CouchWarriors tournaments will feature at OCC Melbourne. 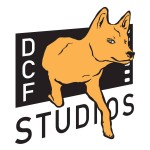 Dingo Cross Films Studios is offering a voucher for $500 in Professional Studio services to our BAM Cosplay Winner, perfect for a photography or video shoot.

Beast of the East, organisers of South East Asia Majors, are supporting the BAM7 qualifier for Mortal Kombat Asia Championships with accommodation for our winning player, who will be sent to Bangkok to compete in the SEAM finals.