CouchWarriors ranbats are back in August –  the traditional fighters + Melee ranbat will be on the 20th of August. And we have the Smash 4 + Rivals of Aether July Ranbat on the 27th of August. 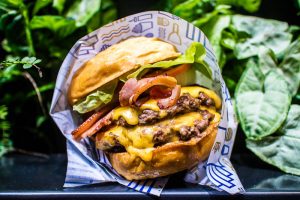 The good folks at Royal Stacks Brunswick (800 Sydney Road) will give any of our ranbat attendees 25% off their order – simply show them the CouchWarriors ranbat event page on your smartphone- and they will apply the discount to your order!

Hi guys, This is Muttons here. Welcome to the first episode of Stuff Yo’ Couch!

I originally envisioned this show to be a Couchwarriors ranbat recap, in the vein of the old X report (shoutouts to Ali and the Abdos) Where we could go over all things CouchWarriors; go over results, give you guys a peek into the action and sights to be seen at the ranbat, and maybe get a few interviews with important faces and figures in the Melbourne community.

I’m still ironing out what I want to do with the show, so I apologise for any roughness or inconsistencies – please let me know what you guys think or what to see in the future and I’ll be happy to use your feedback to smack the show more into shape.

In this episode we interview Philip John Pretty aka Redact, who’s recently joined team Exile5 in light of his stellar work at BAM7 which turned out to be massive with 500 plus registrants- huge kudos to the Smash community for really blowing up the event with their international guests and hype. And we also have Darren Taing aka Dreadtech- the hardest worker in the Smash community right now, and a deserved winner of the Community Award at BAM7. The August Couchwarriors ranbat had a welcome guest in the form of an SFV preview build courtesy of Capcom Australia, so thanks very much to them- so we have a brief section of some quick opinions from the players. I had a pretty good section of Somniac breaking the game down from a technical perspective- but the audio was lost. Go me.

Other things to mention:
We have the CouchWarriors AGM on November 21st at CCH, so if you guys are interested in helping out with CouchWarriors and building up the Melbourne fighting game community, come down – everyone is welcome to come. https://www.facebook.com/events/1482381598738088/

Also we have the Adelaide major on November 28-29: SXC2015 (Southern Cross Championship) run by Mooseking and the SA crew. I always have a blast at SXC, the first year I went they hired the entire floor of a Thai restaurant and everybody went after the tournament and ate together and told stories, which was awesome. We tried to blatantly rip it off at BAM this year but with mixed success 😛 we’ll see how we go next year. https://www.facebook.com/events/922092641163432/