Points earned by players are based on the following system: END_OF_DOCUMENT_TOKEN_TO_BE_REPLACED

This month we’ve got the first Super Smash Bros WiiU open tournament plus we find out who will finish at the top of the table in all of the ranked fighting games for this year!

We have sponsors on board for this finals event with prizes from BENQ Australia, Madman Entertainment, Five Star Games and Mindscape Games!

BenQ will be providing THREE Gaming Monitors as giveaway prizes, plus we will have BENQ monitors available for the Smash Community to plug their WiiU’s into at the event.

Madman will be providing TEN copies EACH of BAYONETTA: BLOODY FATE and STREET FIGHTER: ASSASSIN’S FIST on DVD and BLU-RAY.

Five Star Games on behalf of SEGA have provided a 360 and PS3 copy each of PERSONA 4 ULTIMAX! 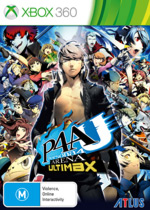 That’s right, you’ll be able to play the new version of Dead or Alive 5 on PS4 ahead of its release in 2015!  Plus, Mindscape Games are giving away copies of Dead or Alive 5 Ultimate, the DOA soundtrack, and Kasumi mousepads.  More details in the announcement post.