CouchWarriors together with both OzHadou and Iesf are proud to present you this months special OHN and Iesf Qualifier. Both will be part of the August 19th Ranking Battle event.
Facebook event https://www.facebook.com/events/255153218310657/
Smash.gg signup page https://smash.gg/cwranbataug17

For OHN, We will be running seeding qualifiers for the upcoming Sydney Major OzHadou Nationals 15 on September 15th – 17th.
OHN Facebook event:
https://www.facebook.com/events/705996702903573

The games we will be running qualifiers for are as follows:

Also in conjunction we will be using the Tekken tournament as the qualifier for the International Esports Federation Event where the winner gets sent to compete in another qualifier in NSW and the winner of THAT goes to BUSAN, SOUTH KOREA to compete!

It is a great honour to join hands with such organizations so please bring the hype! 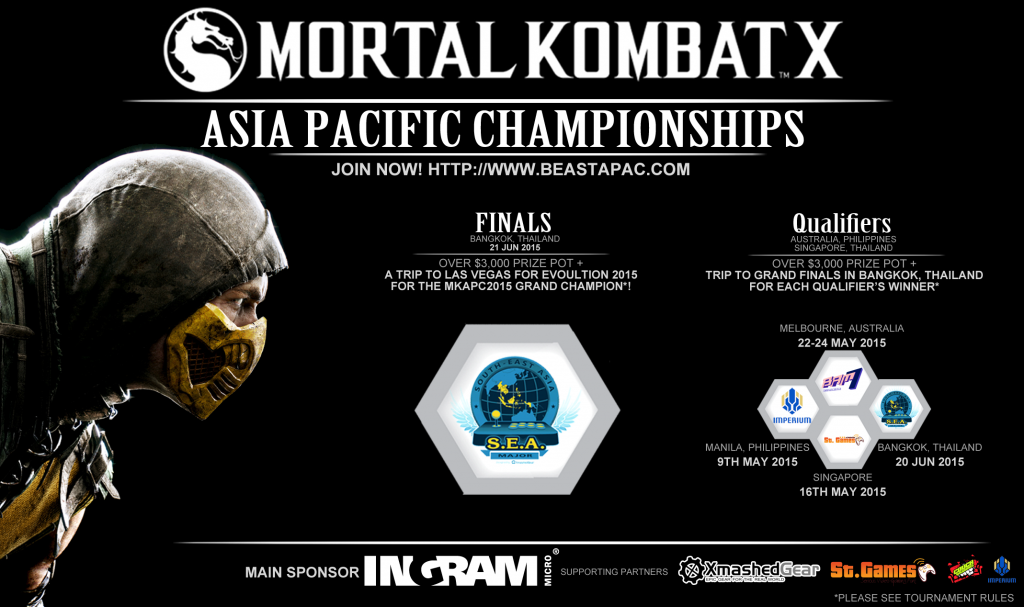 CouchWarriors is proud to announce the BAM6 Qualifier results!

Our fellow interstate players have finished fighting for seeding points, and we at CouchWarriors Salute you!

Read on for the results: