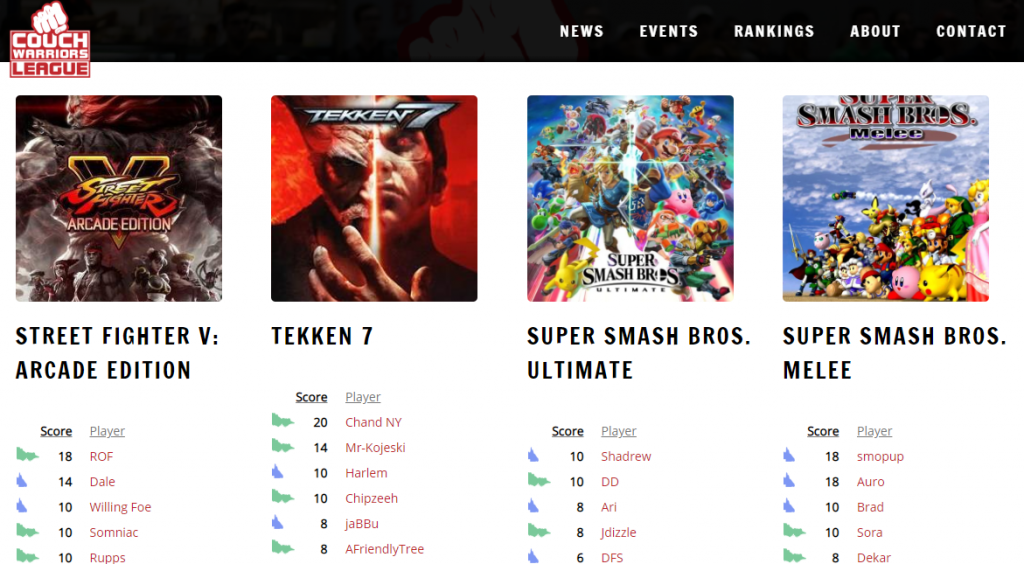 Keep an eye on the Events section on CouchWarriorsLeague.com.au

How to join the series as a player

Simply join any of the events linked above. To help the team tally up your points and not miss any points, make sure you keep your name consistent on each event’s Smash.gg listing when you play!  Pre-registering always helps your local TO’s.

Season 2 will follow after BAM12, expected to run June to November, leading to CouchWarriors Crossup in December.