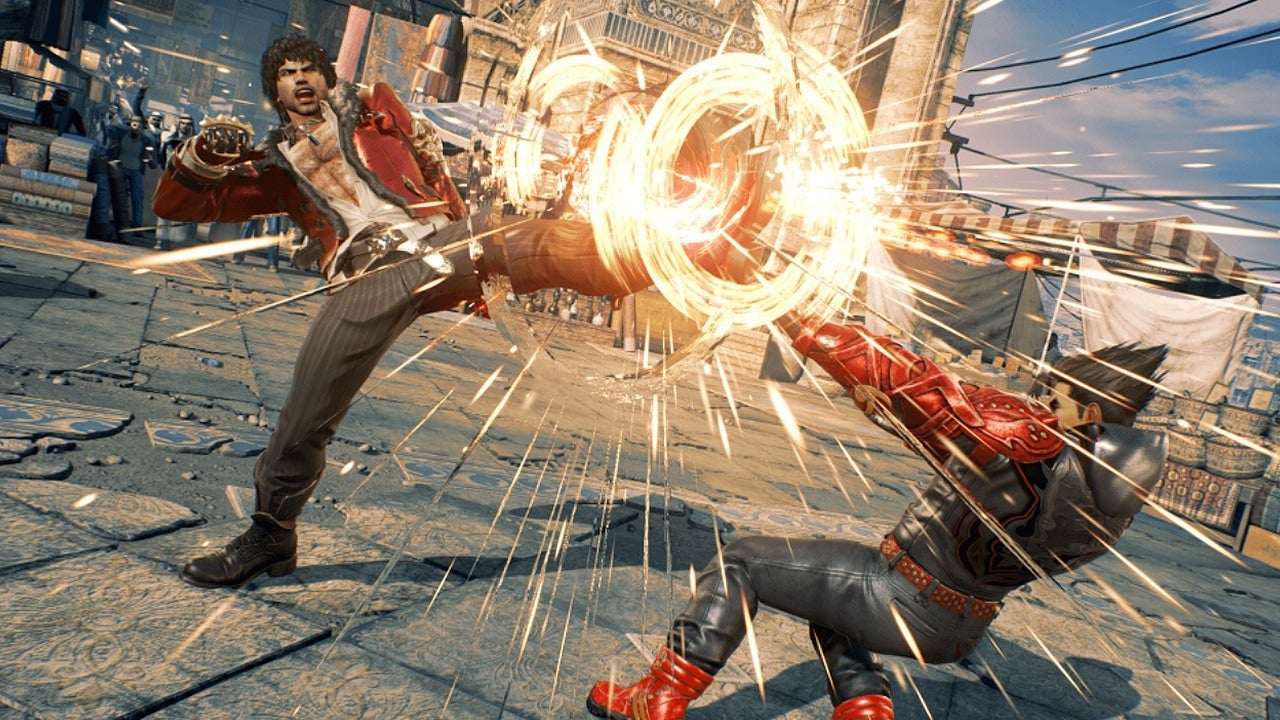 Fluid, exciting, technical and beautiful, the Tekken franchise has been among the strongest in the FGC since Tekken 2 & 3 set the benchmark for 3D fighters back on the Playstation. Australian players have a proud history stretching back nearly as far, and with Tekken 7 the size and strength of the scene is at its peak. A wide range of strong locals offer a great starting point for anyone who wants to prove themselves in the King of Iron Fist Tournament!

The gameplay of the series is still unique in many ways, and is a big reason to pick the game up. Tekken doesn’t feature the resource management of many 2D games, with super meter and special moves replaced by a much larger moveset for each character. As a result the tempo of each match remains frenetic from start to finish.

The 3D arenas and lack of projectiles lead to a neutral game based entirely around footsies, spiced up by the opportunity to parry or sidestep attacks and advanced movement techniques such as wavedash. High level play resembles boxing or an MMA match, with fighters circling and rocking in and out of dangerous ranges to test each other with a flurry of blows.

When hits do land, the juggle-based combo system leads to flashy extended sequences, and allows for a lot of customization in routes once players understand its rules. The introduction of wall combos to the modern installments of the series allows for even more damage and adds a big element to the neutral game, both similar and different to the corner in 2D games.

The Tekken franchise has been one of Australia’s favoured fighting games since it first moved to home consoles. Across the state capitals, strong communities were established as the playerbase grew through successful console releases. As well as meeting at local tournaments, many players first connected with others in their region through early online communities.

In a perfect reflection of the rivalry between the East Coast states, each one had its own preferred home online: ArcadePimp for Queensland, TekkenZaibatsu for Sydney, and tekken.org.au for Melbourne. This separation fuelled the natural animosity between the states. Early on, it was the proud people of NSW who held the bragging rights, as players from that state constantly kept Victorians and Queenslanders out of top placings when the scenes met in major events. This didn’t hurt their passion for the game though, and as the different communities continued to level up through regular tournaments the out-of-state raiders got closer to revenge, posting multiple 2nd and 3rd place finishes. Melbourne scene organiser Abi “DaBeast” has fond memories of the event where they finally broke through:

“It wasn’t until 2014 at OzHadou Nationals 12 where Dee-on Grey came from behind to beat reigning champ MMT in a nail-biter of a grand finals. We were on Sydney home turf, but enough Victorians had travelled to make our presence felt in the crowd – and it culminated in an awesome experience of each state backing their own, hit for hit, combo for combo!”

“Dee-on winning was the first time someone outside of NSW had won, and the celebrations on the Victorian side were something I’ll never forget.”

“I would like to highlight just one instance to showcase the dedication and drive of the players. Back in 2012, Australia was represented at SBO by Lucky Strikes and MMT. This was the last year it was being held and till that day, no team outside of Korea has ever made it past round 1… In the harsh landscape of single elimination, at an international tournament as stacked as SBO,the Australian Tekken team managed to finish 5th.”

Any game which has lasted as long and seen as many changes as Tekken will have no doubt seen its share of community drama and doubt. Personal connections are the heart of the FGC, and if key figures lose faith in a game it can be very harmful to that game’s health locally.

The Victorian scene experienced this “bleed” during the Tekken Tag Tournament 2 era, echoing a decline in the arcade business. The loss of beloved venues such as Timeout Box Hill discouraged some regulars, and other arcades were slow to acquire cabinets for the new Tekken. Melbourne lacked anywhere at all to play TTT2, putting the brakes on the scene for a while.

Queensland Tekken was also in decline around this period due to core members walking away from the game. “I guess (the) Brisbane/Queensland scene is still grass roots, as we don’t have too many esports thingos here… we’re more a bunch of friends,” local veteran Yiggs tells me. “Probably when Tekken Tag 2 came out, we had lost about 60% of the scene because the OGs just didn’t like it.”

Luckily, it only takes a few determined individuals who are willing to invest in the community to get things up and moving again. Yiggs can immediately name the players who came through for Queensland Tekken.

“The handful of us who stuck with the game were at a loss, but we got a few internationals who travelled through Brisbane and got us fired up agian. The names of those internationals are Buppo (JP), Marimo (JP), and Jisu (KR). Another thing would be when Luke of Checkpoint Esports Bar started running locals for us… he revived our scene around the end of Tag 2 and made us what we are today.”

Abi tells a similar story of the Melbourne players coming together to support their game when nobody else would. “The scene had to take matters into our own hands, with two of our members pulling together to purchase (a TTT2 cabinet) themselves and put it into a shop in the city. I can’t remember the name of it but the place just sold goods. It also doubled as the place where people could bring games and they’d just play in the back. It was simply known as “Jin’s” to us.”

This incredible gesture was enough to spark a revival in the local players it was made for. “I think that dedication and drive just spoke to how passionate the community was. Everyone always showed up to support the generous act of them going into their own pocket to buy a machine for the scene.”

Youssef Faddoul has his own favourite anecdotes, and while he also took the time to celebrate the camaraderie and friendly nature of the interstate Tekken community, he couldn’t hold back from rubbing a little salt in recent wounds.

“One of the Sydney players that goes by Reck flew to Melbourne just to quell some unsavory chatter that’s been hitting the airways about his standing in the Tekken pecking order and whether he can handle himself against Melbourne’s finest… When the dust settled and he managed to defeat 9 out of the 10 players with the greatest of ease, he was able to silence an entire state and solidify his name as one of Australia’s best players.” But from Youssef’s perspective, these fierce rivalries show the positive effect competition has on a scene. “The best part of all this though is that (Reck’s dominance) invigorated an entire state to improve and come back better and stronger at the next event as opposed to accepting their defeat and losing spirit.”

Now, thanks to the dedication of both the playerbase and Tournament Organisers such as CouchWarriors and Ozhadou, Tekken 7 is going from strength to strength as a tournament title. 2018’s Battle Arena Melbourne, as part of the official Tekken World Tour, boasted a massive 211 tournament entrants. That number looks to grow again as the event is now established as a fixture of the Tour.

Top Australian and NZ players regularly punch above our weight at EVO and EVO Japan, some of whom are now flown their as part of the BAM Path to EVO. The year-long circuit of competition for that sponsored spot has only elevated the rivalry between players and states, with this year’s BAM11 set to provide the perfect stage for their showdown.