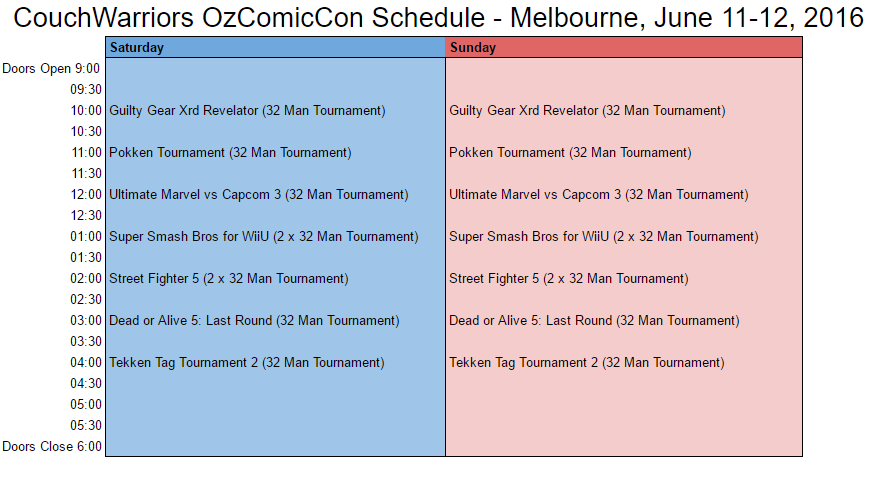 Rules: Freeplay is allowed on systems that are not being used for tournament.
“Freeplay rule: Winner Stays On – Limit to 3 games in a row
(Then allow two new players on)”

Tournaments All tournaments are double elimination and are capped to either 32 players or 64 depending on the game.
Game specific rules are set at the discretion of the CouchWarriors TO.
Only “on the day” registration will be accepted (not able to register for a Sunday tournament on the Saturday).
“Please allows for upto 2 hours for a 32 man tournament, and 4 hours for a 64 man tournament.
If you are unable to stay to play your matches please notify the TO.”

Learn to Play! At any given time (for a game not currently being run as a tournament), you may ask our friendly CouchWarriors staff members for a basic ‘learn to play’ session to move onwards from button mashing to a competitive playstyle and mindset!