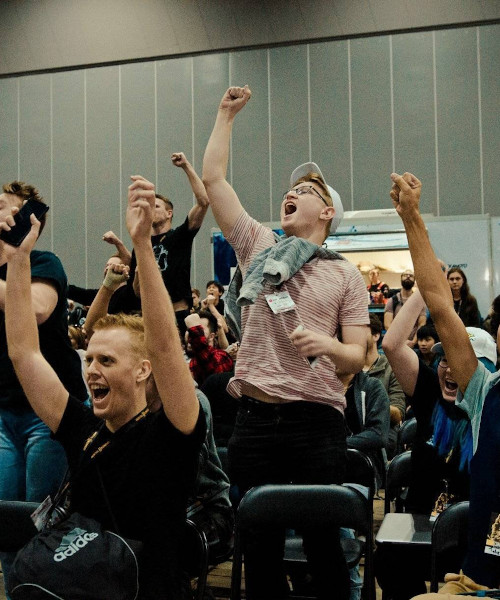 As befits our largest gathering of fighting game fans, BAM is the best place to find a tournament bracket of willing takers for any and all titles. From the main supported titles of CouchWarriors League, to the most obscure cult classics, our Community Tournament Form allows anyone to get support for their game of choice at BAM12!

A Competitor Pass will cost $70AUD – or $60 if you order yours before April 30th – and gives you free reign over the casual setups for the weekend. Purchasing this pass also allows players to select which tournaments they’ll register for, at a flat $10 per game.

But BAM has always appealed to a wide and varied crowd, and there will be plenty of entertainment on offer even if you’re not a tournament stalwart yourself. A Spectator Pass will set you back just $25; with that you can soak in the energy, watch the action on the big (and small) stages, and fully enjoy the other BAM attractions. We’ve got our classic PC gaming LAN area, the BAM Cosplay Championships, artist’s alley, local gamedevs showing off their next project, and of course, the famous BAM Afterparty!

Below is a list of games currently open for player signups at smash.gg/bam12. Remember to register for all the tournaments you’re interested in when you purchase your Competitor Pass! While some smaller events will allow for on-the-day registration, many will not – so lock your name in ASAP and don’t miss out. And if a game you love isn’t on the list yet… try that Community Tournament form.

An event on the scale of Battle Arena Melbourne simply would not be possible without the amazing effort of our friendly volunteers! Applications are still open for the volunteer team, who receive complimentary food and drink on the day as well as Spectator access to BAM and the Afterparty. If you’re torn between helping and competing, don’t worry! You can still enter tournaments as a volunteer so long as you buy a Competitor Pass, and we can coordinate your volunteering shifts around your tournament matches on request.

BAM12 is also supported by our long-time sponsors, Astro and Mwave.

No matter how you plan to be involved – competing, volunteering, spectating live, or streaming from home – Battle Arena Melbourne is going to be an unbelievable FGC experience. Stay tuned for more announcements leading up to the event, and we’ll see you on the 13th!!