Another month of fiercely contested events saw the conclusion of the BAM Path To EVO Season 2. The last few points on the line in each of Street Fighter V, Mortal Kombat 11, Tekken 7 and Smash Ultimate then decided which players received sponsored travel to the season-ending Major, CouchWarriors Crossup! So who ultimately emerged on top to be crowned the season champion for their game across Australia & NZ?

Here’s your monthly breakdown of all the BPTE results and rankings for December. For more information about the upcoming Season 3 BPTE events, current standings and the points system itself, check out the Path to EVO website. 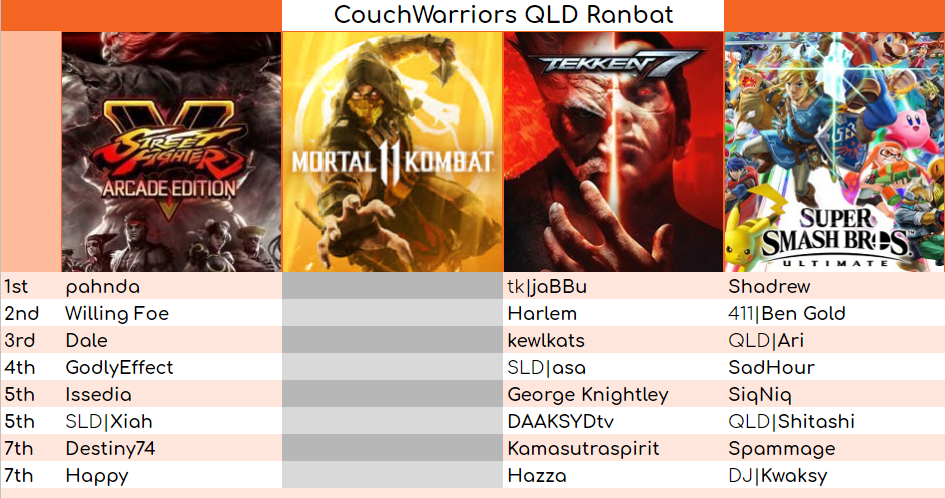 As the QLD Ranbat was the last ranking event of the BAM Path to EVO season, we were finally able to determine the Season 2 rankings for each game. 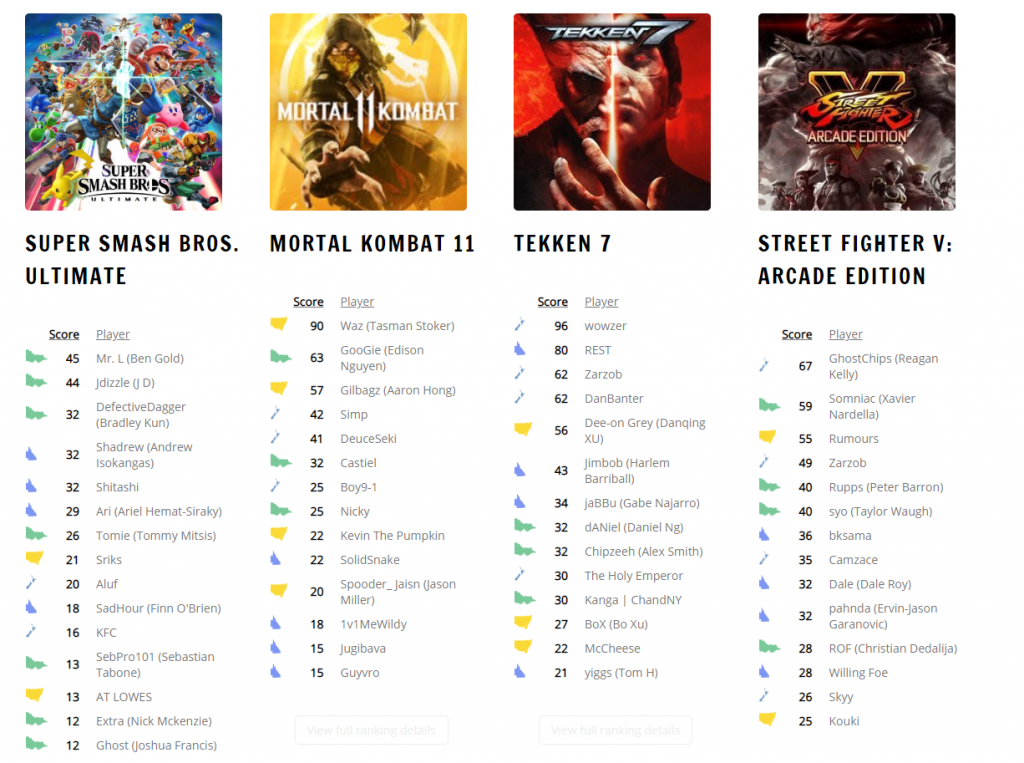 CouchWarriors Crossup 2 was the final Major of 2019, and featured points leaders from each BPTE game flying in to compete against the local field. While the location does naturally bias results towards the VIC scene, the top finishers in each game can still claim bragging rights as champions of BPTE Season 2! Congrats to Christian “ORDER|ROF” Dedalija, Waz (again!), Naveed “Kanga|Chand NY” Iqbal, and Joshua “Kanga|Ghost” Francis.

BAM Path to EVO will return for Season 3, culminating in a trip to BAM12 for points leaders where they can play for an EVO2020 sponsorship! As always, the complete points standings, event listings and tournament rules are available on the Path to EVO website.

Good luck to all our players getting ready for another tilt at the Path to EVO! See you in the new year.