END_OF_DOCUMENT_TOKEN_TO_BE_REPLACED

A new month in the CouchWarriors League brings fresh opportunities to score ranking points in your favourite games. Here are the dates and sign-up links for all our November ranbats and CWL Online events across Victoria, Queensland and South Australia.

END_OF_DOCUMENT_TOKEN_TO_BE_REPLACED

A new month in the CouchWarriors League brings fresh opportunities to score ranking points in your favourite games. Here are the dates and sign-up links for all our October ranbats and CWL Online events – plus, a new mini-major presented by CouchWarriors SA!

Remember, you can have event information emailed to you every month by subscribing to our newsletter! You can also send us your highlights, photos and stream links – help us share your favourite tournament moments with the rest of the AUS FGC!

END_OF_DOCUMENT_TOKEN_TO_BE_REPLACED

If you ask the question, “why are the CouchWarriors events all called Ranbats?”  It’s short for Ranking Battle – a long standing tradition in the community, offering players an incentive to compare their progress and get ever stronger! Today we’re announcing an update to the point system to make it more inclusive of players of all levels.

Of course, all our Ranking Battle live events are not just about tournaments, they’re perhaps moreso about socialising, casual matches and even long sets, with a great opportunity to learn and improve.

By also having tournaments this adds some goals and structure for a day’s play – and the point system is part of that. Tying all our offline and online events together via the points is CouchWarriors League – the league ladder tracks each game and region, which you can filter here on the website. This has been a great way to determine seeding and invitations for events, and prize rewards.

Now as we dive into the 2nd half of this year’s season under CouchWarriors League, we’ve updated the system, in consultation with the tournament teams.Lets take a look: 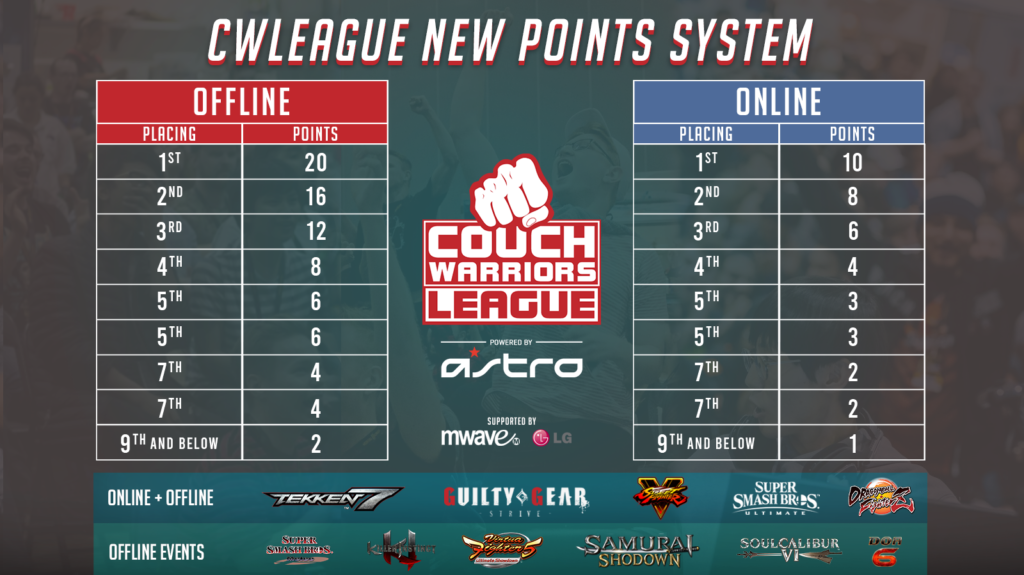 The point system will be in effect from July events onwards! Yes, that means you can earn more points for playing any of the current tournaments! Register here

We recognise this year has been uneven due to Covid, so some regions may have more events than others. This is why we will award end of season prizes to the top players in every game – in each region.

So if you’re the best player in a feature title in your state, or online, which is treated as its own region, you’ll be rewarded!

Current online feature titles are Street Fighter V, Guilty Gear Strive, Tekken 7 and Super Smash Bros Ultimate.  These run monthly, so there’s a tournament each week and a prize will be allocated each month.

An additional two titles, while not guaranteed to run an online tournament each month, are staples of offline and will also have an end of season prize: Dragon Ball FighterZ and Super Smash Bros Melee.

Prizes are to be announced as the season progresses. You can count on support from our excellent sponsors Astro and Mwave for starters.

Regular titles you find at your local ranbat are all tracked in the points system, and at minimum we will add rewards at the finals.

On finals we will be planning to conclude the CWLeague season at CWC – CouchWarriors Crossup – in December with a boosted prize pool and more, to be announced.

If it is impossible for us to run a live finals event, we will run an online invitational using the league ladder. Last year there were over $5,000 in prizes and we are aiming high for this year.  We will have more to share on this soon, but rest assured those points are worth striving for! END_OF_DOCUMENT_TOKEN_TO_BE_REPLACED

We are proud to announce Mwave is supporting CouchWarriors League, which incliudes BAM, as PC Retail Partner!
Mwave have long been a fantastic supporter of the scene, providing digital prize vouchers and the latest awesome tech for our online tournaments in 2020.  Building on that tradition, Mwave is officially supporting the league through 2021
To celebrate, MAY IS MWAVE MONTH and we have prizes for May online & offline events across the country.

Make sure you show your appreciation by visiting MWave anytime you need PC parts, accessories and tech at www.mwave.com.au

That’s right. BAM is coming back on July 9th to 11th, 2021 at Melbourne Convention and Exhibition Centre.

The FGC’s biggest national event will be returning with the hype, community and competition we all love.  This year BAM will be colocated with ITZ LAN, a 1,000 seat BYOC PC LAN. Making this “ITZ BAM” even bigger for the gaming community.

Stay tuned for Registration info and more news and updates! 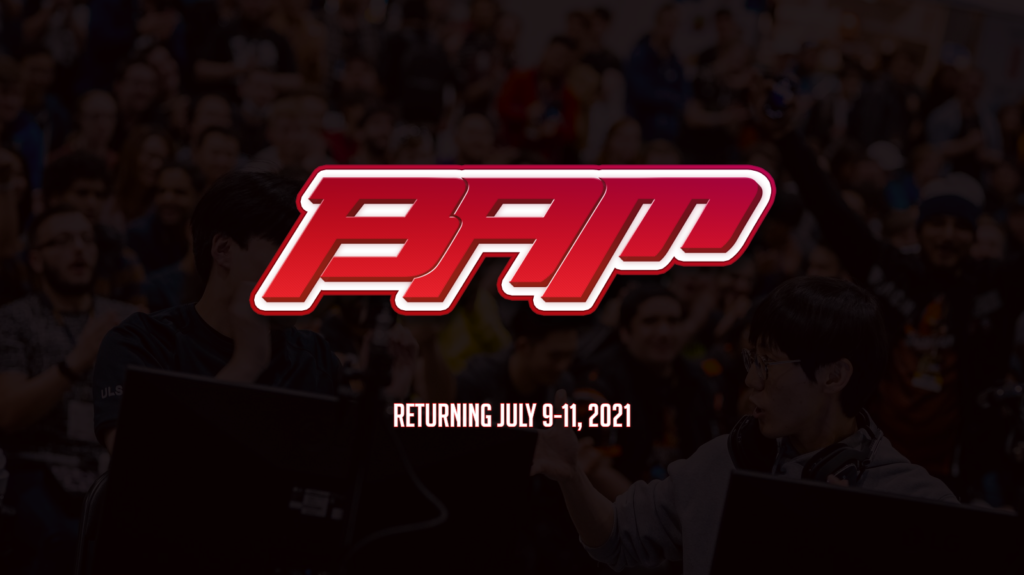 CouchWarriors League returns for 2021, and as we steadily see restrictions pulled back, we are returning with live, offline events for the community!

Offline – In addition, look forward to LIVE offline ranking battles every month in Melbourne, Sydney, Brisbane and Adelaide.  Ranking battle events are the best place to learn, level up, just enjoy casuals and of course, to show your skills!

We will have more to announce, similar to last year expect prizes for top of table placers, and pot bonuses for special events.

The points system remains the same, however post COVID with more live events, remember that offline events count for more points, and Majors count for double that!

This year we’re also including rankings for additional games often played at Ranking Battle live events (See ALL games sectoin). Track your progress and compare to your rivals including interstate using the CouchWarriors League website
https://couchwarriorsleague.com/ 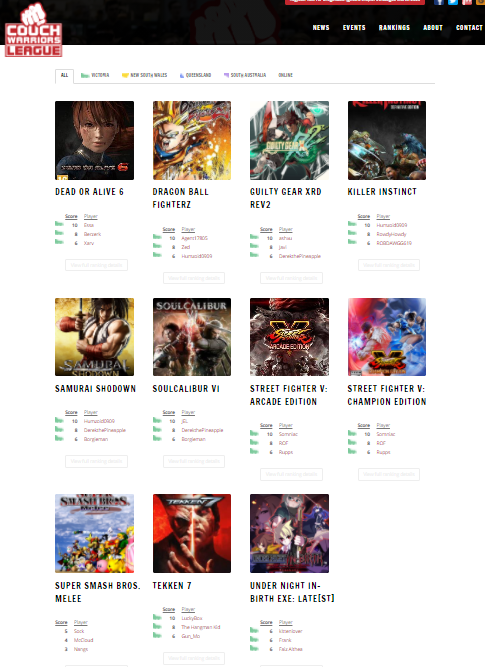