Fight for $1000s At DreamHack Melbourne!

DreamHack is bringing the world’s largest and most famous LAN event to Australian soil, and CouchWarriors will be right there in the thick of it!

Pride and prizes will be on the line all weekend long, with tournament brackets running for five of the biggest FGC titles. Enter for just $1 and walk out with $1000 – and the bragging rights of being a bonafide DreamHack champion.

If you’ve got your DreamHack tickets already, then sign up for these brackets on the start.gg page before the 1st of September. If you don’t – well, then you better get on and grab your pass quick so you can sign up. Or you can watch along all weekend on twitch.tv/couchwarriors!

The CouchWarriors League FGC Zone at Rod Laver Arena will also feature casual setups and a BYOC (Bring-Your-Own-Console/Computer) area alongside the tournament stage. So you’ll have a chance to warm up before your pools or just spar for fun with friends and fellow visitors.

We’ll also be announcing smaller pop-up competitions and other fighting game events throughout the weekend, so make sure to swing by our area every now and then to see what’s up!

@DreamHack Melbourne is this week, and we’re partnering with them to bring you a weekend of Fighting Game action! If you’re heading down this weekend, be sure to register asap, rego closes for every game barring Smash this Wednesday!https://t.co/h1OTp0oEGI #dhmel #cwleague pic.twitter.com/F26bNFWW6k

But our main livestreamed tournaments will no doubt be the main attraction for most, so we’re kicking off the action as early as Friday morning. These brackets are also counted as ranking offline events for the current CouchWarriors League season, so it could be your chance to run some points up on the competition!

Make sure you’re aware of the start times for each event you’re entering, and be present 30 minutes prior to pools starting to check-in. Participants are required to provide their own controllers for these events. CouchWarriors and Bandai Namco Entertainment have partnered with DreamHack to make this event even more special: in addition to our other prizes, the Tekken 7 bracket will be recognized as a TWT Dojo Prime (offline) event! 1st place through to 17th will share in an extra-large pool of TWT ranking points to boost them up the seasonal standings. 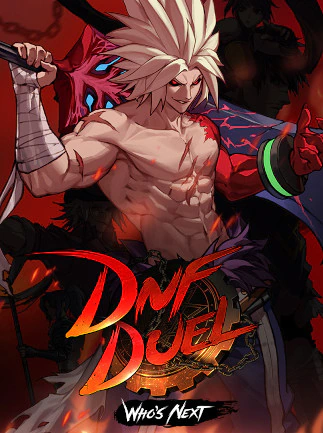 With over 1 million copies sold in its first year since release, Guilty Gear: Strive is the hottest game around – and it’s only warming up. Adorable yo-yo wielder Bridget is just the latest of many fan-favorites to join this most accessible installment of the world’s most stylish fighting game series. Street Fighter V has attained its ultimate form with Champion Edition: a packed roster of 40 world-warriors, tons of stages and costumes, refined game balance and a revised, expanded V-gauge system. Make yourself a Champion! Superstars from across the history of videogames come together for this ultimate showdown under Nintendo’s big colourful tent. Fighting game guest characters duke it out with Mario, Pac-Man, Sephiroth and Steve (from Minecraft)! What a world we live in.

That’s the wrap as far as our official $1000 cash tournaments go for this weekend! See you all at DreamHack Melbourne – it’s going to be massive.