October’s events were the finish line of our CouchWarriors League points race, and with how fierce the competition has been this year that meant a ton more pressure on any leaderboard hopefuls.

CouchWarriors Crossup still looms as the season finale. But the points championship for each game is still a big prize – and for players who can’t travel to that event in person, the biggest one. With one more chance at the 2022 crown, who among them would muster the strength to seize it? 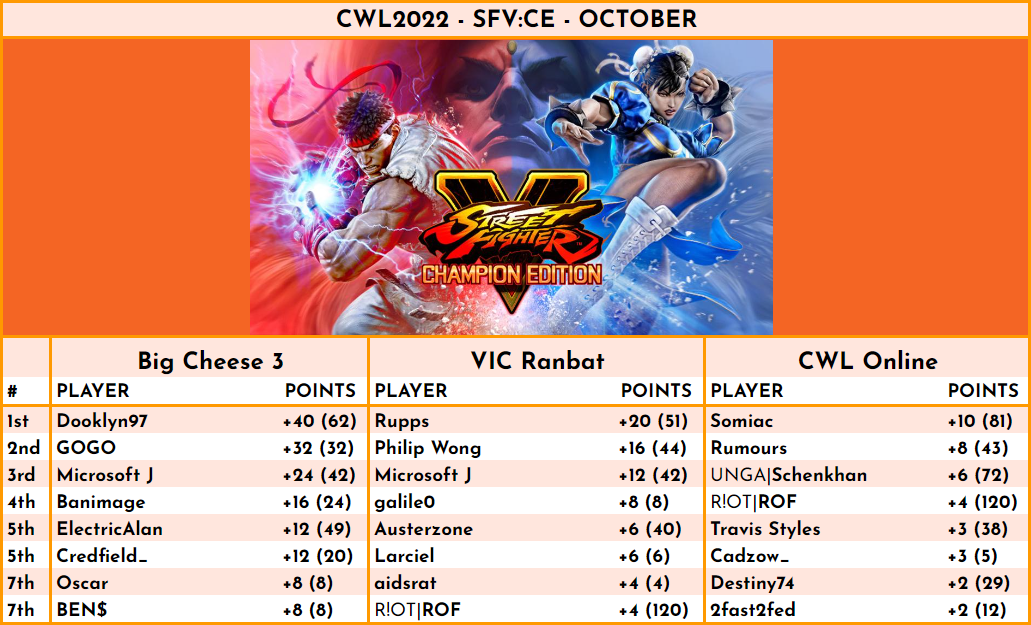 And finally – the final points standings for each game for the Winter 2022 season of CouchWarriors League!! 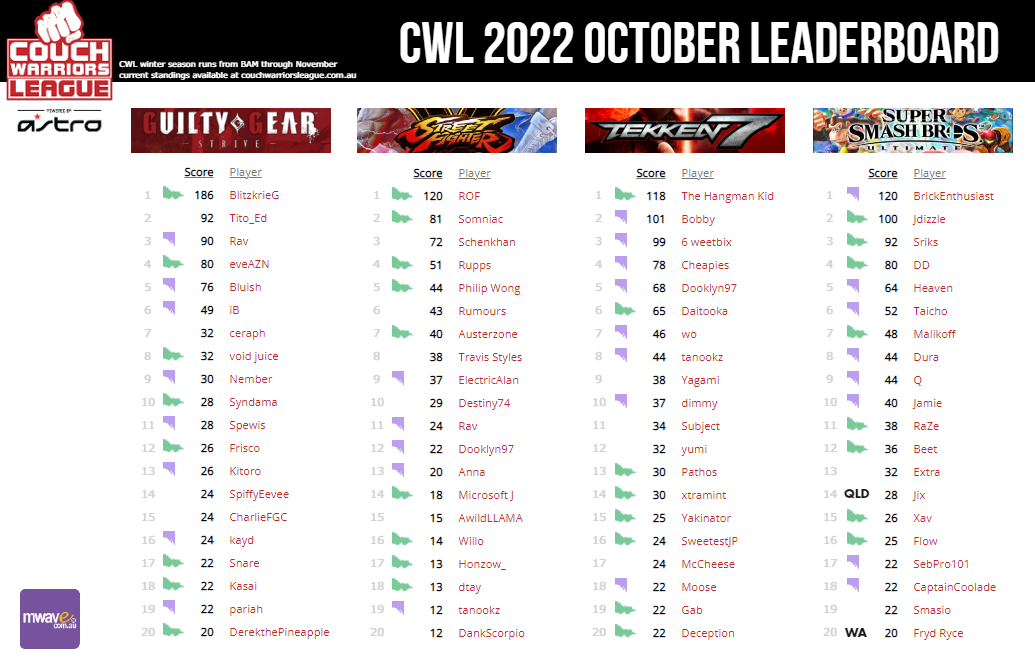 A big round of congratulations is in order. First of all, obviously, to our season points leaders in each title – we’ll have some more to say about them ahead of Couchwarriors Crossup.

But it’s just as important to celebrate the efforts of all the other players in this graphic, and the hundreds of other names below them who also earned a top placement somewhere in this CWL season. Carry that momentum forward and shock the world in 2023!

It won’t be long before the next season of CouchWarriors League is up and running, so make sure you keep an eye on the CouchWarriors website and twitter to sign up for each month’s events as the links are posted! And in the meantime, you can always check the leaderboards, event results and your own points total at the CWL website.